This blue gemstone has been the engagement ring of Princess Diana and Kate Middleton. Celebrities such as Penelope Cruz, Victoria Beckham, Elizabeth Taylor, Jenny McCarthy and Elizabeth Hurley have been rocking blue sapphires as symbols of their unions. 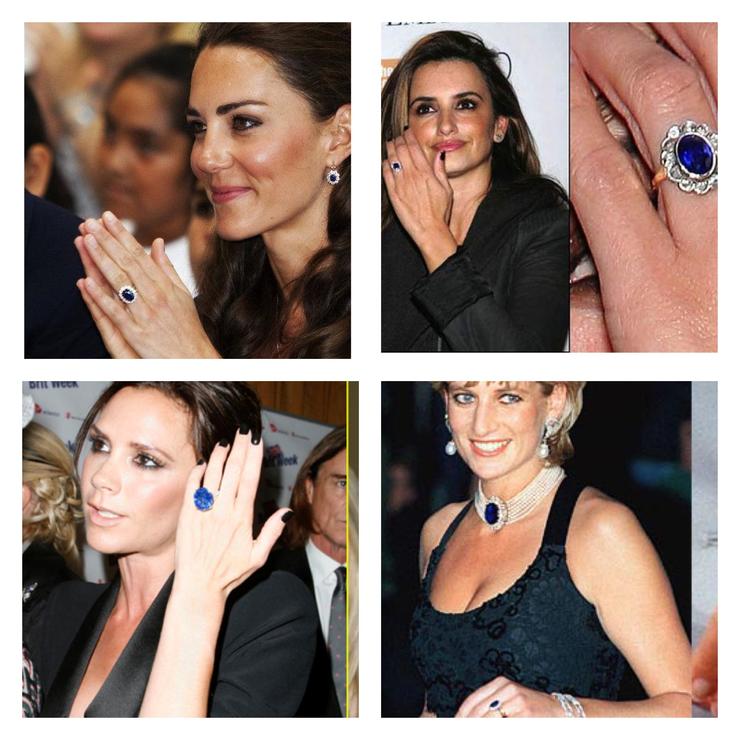 Are Sapphires Only Blue?

Sapphires that are not blue are known as fancy sapphires, and may be of any color—except red (which is a Ruby). The fancy sapphire colors are: pink, orange, yellow, green, purple, and violet. 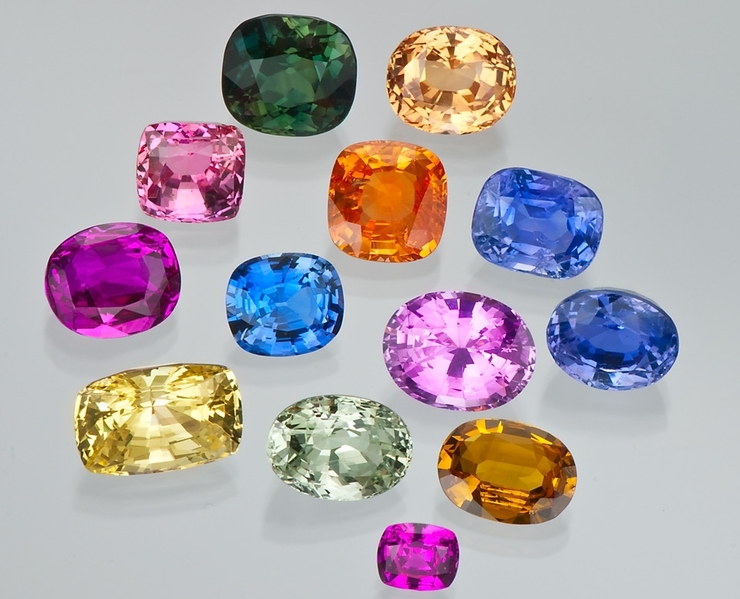 Sapphires are the second hardest gems in the world (9 out of 10 on the Mohs scale). Their chemical composition is Corundum.

Diamonds are 10 out of 10, being the hardest gemstone on the planet. They are both, in the precious gemstones category.

Sapphires represent fidelity, loyalty and faithfulness, that’s why they make perfect engagement or anniversary gifts. Long associated with peace and happiness, sapphires are also believed to help with communication, insights, intuition, inspiration and prayer. The ancients believed this gemstone would help them in predicting the future.